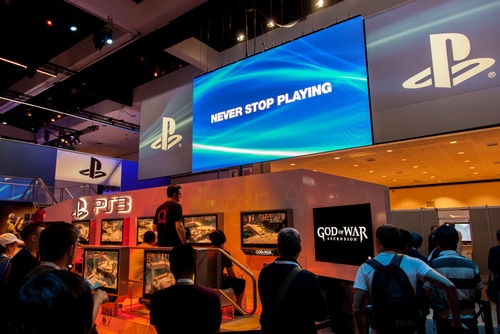 Gamers everywhere are a little impatient about the slow progress of the game console world. After all, the Xbox 360 and Playstation 3 are both almost a decade old, and developers have already pushed them to their limits. PC games are rapidly becoming far more advanced than anything you can put on a console, and massive HD television sets are showing us that our games just aren’t looking that great anymore. Many believe that the next generation of consoles aren’t far off–but unfortunately, it looks like the truth is a little disappointing.

Will the Wii Console Console Gaming Diehards in 2013?

Although game journalists were hopeful last year, most sources today say that Microsoft and Sony are both gearing up for a 2014 launch of their new consoles. That means that the only new console you’ll be getting in 2013 is–you guessed it–the Wii. There is the possibility, however slight, that the new Wii may become more accessible to hardcore gamers, but it’s far more likely it will stay as it is now: a fun pastime for casual gamers and families. While this news is disappointing, it’s hardly surprising.

Gaming is rapidly becoming more casual, with an emphasis on iPhone and smart phone games, as well as handheld game systems. That means we probably will see new versions of the old classics like the PSP and perhaps a new edition of the Nintendo DS. The developers are moving towards where the market is, because casual gamers are now showing that they’re just as willing to spend their disposable income as the more dedicated gamers among us. Not only that, but casual games are extremely cheap to produce and open far more possibilities for marketing. This means that Fruit Ninja and Angry Birds can look more profitable than Mass Effect or Far Cry. After all, no one’s lining up to buy a Bioshock plush toy.

So where does that leave the true gamer? From this vantage point it looks like PC gaming will come back–if only temporarily. PC games have the advantage of better technology, better visuals, and better customization. Developers have always hated working on the PC because it’s very difficult to test, but it’s likely that their want to improve their graphics and their games will soon outweigh those factors. Since 2012 found itself on the receiving end of many fine PC games that ported to console as an afterthought, it’s likely that 2013 will as well.

Is It Game Over for Xbox and Playstation Consoles?

But, all is not lost. It does look like 2014 will be the definitive date for the new generation of Xbox and Playstation consoles. Besides that, creative designers have done pretty well with the old consoles so far. Slogging through just one more year of dated graphics and hard drive churning doesn’t seem that bad if you consider that it’s already been eight years of great games.