Should Gas Prices Be Capped? 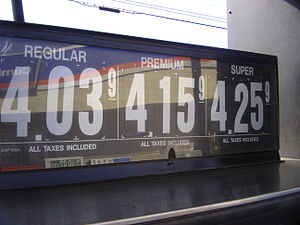 Should gas prices be capped? As those power-happy, greedy oil companies continue to increase the price per gallon (which naturally increases our cost of fuel at the pump), is it time for someone to step in and do something about it?

The price of gas has hit close to $4.00 per gallon, on average, in the United States and its not any better anywhere else in the world; it is almost £5.00 per gallon in the United Kingdom (close to $10 in USD) and about $1.50 per liter in Canada. This has in turn caused the transportation companies to raise the amount they require for deliveries and the airlines compensate their fueling increasing by raising the cost of tickets. How much longer will it be before it just spirals completely out of control?

Those that favor capping gas prices support their opinions by saying that congress needs to act not to free the people from the market forces but to allow those market forces to actually control the flow of oil and not be at the mercy of OPEC. They feel that with the aid of the government monopolistic middle-eastern concerns are controlling the gas prices which in turn do not allow the market to influence the price of gas. There was a time when all of the oil companies competed for consumer’s dollars and the market actually controlled the prices, but not now.

Those supporting price caps feel that the government should enact limitations on the oil monopoly; there is no competition for our dollar meaning the gas price will continue to fall and rise based on the whim of those controlling oil in the Middle East.

Those opposed to the capping of gas prices feel that it would cause the current plentiful (albeit pricey) supply to begin to dry up. Lower prices would cause the oil companies to deliver less than what the consumer would want to purchase; that’s right, you would end up with gas shortages. They believe that having price control would do little to actually solve the problem which they believe to be increasing the supply and decreasing the demand.

One solution, according to those opposed to price capping, is to continue research into alternative fuels on a more in depth basis and to think more seriously towards conservation. Basically they feel that price control gives a kind of artificial hope that reinforces the notion that cheap oil is available.