What would you do with nearly $9 million dollars? Oh sure, you can probably come up with a million different ways to spend it but when you actually have it in hand it is a whole different story. 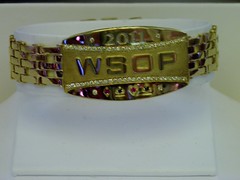 Just ask Pius Heinz, the 22 year old winner of the 2011 World Series of Poker main event. He said that he honestly had no idea what he was going to do with the money he won (the third largest jackpot in the events history) but did say that his family will likely be getting a few gifts.

The champion became interested in poker after watching High Stakes Poker on TV; he played a few hands with some friends and decided he needed more experience and knowledge. He immersed himself in the subject and started playing poker online resulting in over $700,000.00 in winnings; as well as titles in the Full Title Poker Sunday Mulligan and PokerStars tournaments.

However, none of this prepared him for live poker, and in his words, live poker seems pretty boring and you need lots of patience. His lack of experience resulted in only one win of his first fifteen events, placing 7th in a No Limit Hold ‘em tournament. He decided to register for the WSOP Main Event, but lacking confidence, he signed up for day 1-A stating that he could at least get in there quickly and get out quickly if he was eliminated. Obviously that was not the case; however the competition was fierce and intense, so much so that Heinz’s mother actually left the theater during the final table because it was too stressful.

So, what would you do with all that money?