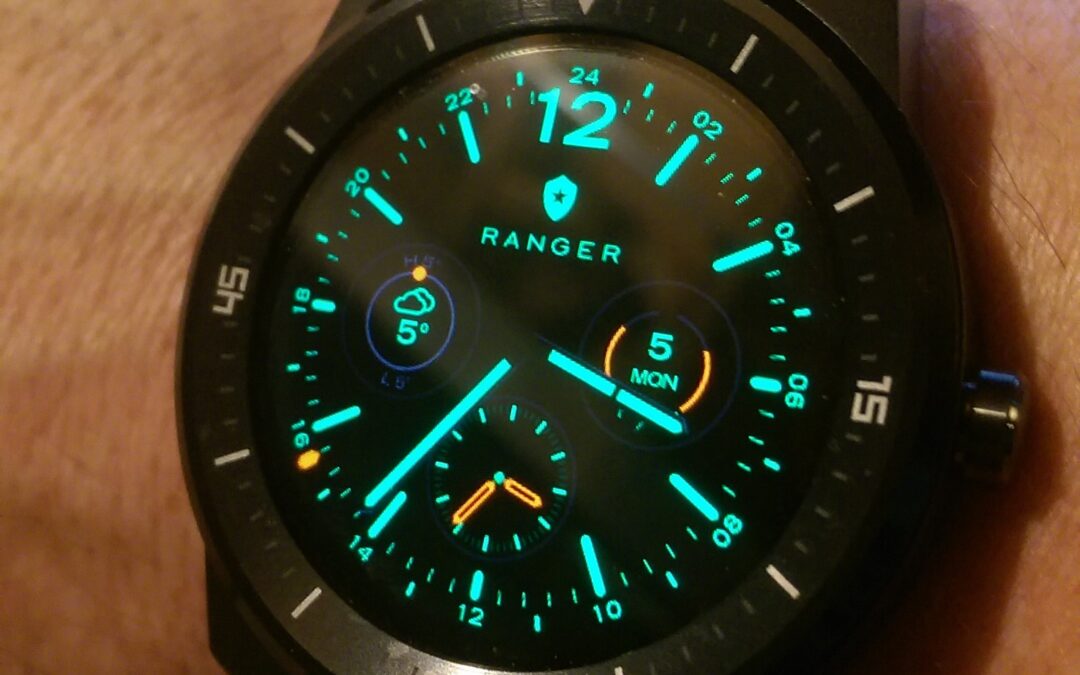 Because I’m a watch guy I thought I’d do a little watch review on Mancertified. I’ve been eyeing up a few of the new wearable technologies, mainly Google Wearables. I did give a serious look at the Pebble Steel smartwatch but it just seemed as if the technology behind the watch would be eclipsed quickly by the some of the new wearables hitting the market. After test-driving the Moto 360, the Pebble Steel, the Asus ZenWatch, and the LG G Watch. My eye settled squarely or roundly on the brand new LG G Watch R. The “R” stands for “Round” and being a watch guy having a round dial really made my heart skip a beat.

My wife asked me several weeks ago “if you could get one thing for Christmas for yourself what would it be” I said the LG G Watch R, never expecting she would actually get it for me. When my wife and kids had me open my present on Christmas Eve I was absolutely floored. I would have had a box opening video but I didn’t realize what I was opening.

So What is Wearable Technology?

Before we get into the G Watch R lets back it up a bit and give you some details on Google wearables. All of these types of watches are smartwatches powered by Google’s Android Wear OS but all of them have faces that are square or rectangular except the Moto 360 and the LG G Watch R. As you can see in the pictures the G Watch R is the only one that looks like an actual sport or dive watch. The G Watch R has a dazzling round P-OLED display, 4GB of on board storage and is powered by a pretty powerful Qualcomm® Snapdragon 400 1.2GHz processor.

The one thing that separates the G Watch R from the other Google wearables other than its traditional watch looks is the P-OLED display which is not only beautiful to behold it is also real kind on the battery. Android wearables have been slammed by some because of battery life however; the P-OLED display is pretty cool in that only the pixels that are lit up are using power. Even if the watch is turned to “always on” you can get through almost two days without having to recharge. If you set this wearable technology to display information when you flip up the watch to look at it the battery will last for a few days.

Here are some of the features that come packaged into this little powerhouse Android Watch:

So what is my opinion of this wearable technology? For someone like me who loves watches and watch faces it is a dream come true. If I want a dress watch face I have many to choose from, if I have a blue shirt on and want to match the color I can do it, if I want the watch to look like a scuba diving watch, done, if I want a colorful face they have those as well. There are some faces that look so real you’d have a hard time telling that they aren’t. Aesthetically the watch is fantastic and it’s a pretty big piece so it’s super fashionable.

The Android Wearable OS is not a finished product by any means. I wore the watch for a couple days changing watch faces every hour and finally figured out I didn’t know how the wearable technology worked so I sat and figured it out. I would say that for someone not on the technical side it could be frustrating at times but it’s learning curve isn’t very steep.

Built to Last But the Strap Has Got to Go

The build quality of the piece is very nice. It’s brushed black PVD coated stainless steel looks and feels solid. The only real issue I had with the watch was the “genuine leather strap”. It’s stiff as a board coming out of the box and it barely fit my 8” wrist and it took me about a day to figure out this watch needed a strap upgrade. Being a Panerai fan I was no stranger to custom or after market straps so I knew were to start to get what I wanted. The watch is fitted with a standard 22m strap so buying an upgrade was easy.

I wanted a 100% rubber strap and I didn’t want to pay a 1/3rd of the price of the watch to get my hands on one. I found Holben’s Fine Watch Bands

www.holbensfinewatchbands.com and they have an assortment of leather and rubber straps as well as stainless steel bracelets. I went with a black Bonetto Cinturini 317 100% rubber strap for $24.50 plus shipping and it was at my door in two business days.

The strap was awesome, super soft and vanilla scented. I’ve got my eye on a grey distressed leather strap with white stitching and I will post pictures when I receive that bad boy.

If you’re a tech head or a just a watch fan you can’t go wrong with the LG G Watch R. It’s got a ton of features whether you like them are not and with the ability to change faces on the fly it caters to guys like me who love different looks.