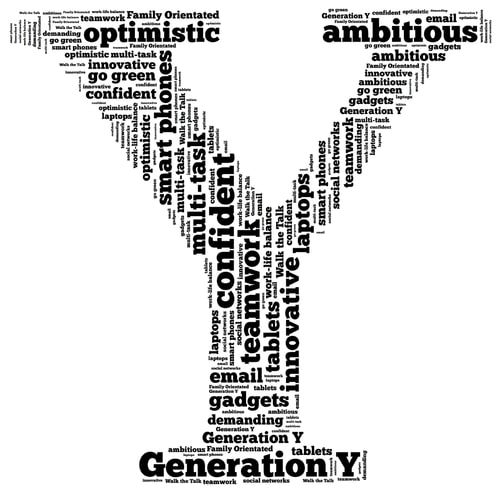 I am a millennial generation man.  I am also known as a Generation Y man.  There are all sorts of other identifiers out there, which I could use to better describe me, but when it comes down to it, I am a male in my late 20’s.

For roughly three years now, I’ve been reading and listening to commentators on the generation-gap friction mostly in the realm of business.  As we are the 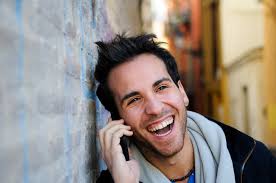 Technology is the Key to Gen Y

young bodies entering the workforce, we usually go to work for people of an older generation.  There seems to be a considerable amount of misunderstanding, criticism, and even shock when the older meets the younger.  The communication barriers and deep sighs expressing, “How the heck do I deal with your generation,” are ever-present in daily life.  Let’s address those briefly:

The hot topic misunderstanding is all about technology and how that makes millennials either connected or disconnected to the world around them.  Thanks smartphones!

Criticisms come from mainstream media about who millennials are.  An example being that, after college, millennials move back home to live in their parent’s basement.  I’m from Texas.  There aren’t any basements here.

Finally, there is a sense of shock from older generations as to who millennials are, or what they’ve become.  The workplace irony is most of the people hiring us are old enough to be our parents.  Yes, the same generations who raised us are bewildered by us.  Initially ironic, but if you think about it, it adds up.  We are also known as a generation who was raised by the television, internet, and our educational system.  In other words, we had many different babysitters.

My Millennial Generation Definition for mancertified.com.  Who we are:

Tech savvy.
As I introduced above, the men of my generation know their way around computers and mobile devices.  We tend to pick up on new electronic innovations without the need for instruction manuals.  If we do need instructions, we go to YouTube.  In reality, like men of all generations, we don’t need to stinking instructions.  We don’t need directions either (smartphones).

Information hungry.
Since information has been at our fingertips for most of our lives, we tend to help ourselves to our hearts content.  That translates into a general need to know why we are doing something.  This may differ from older generations who grew up learning, “If someone in charge tells you to do something, do it.”  Generation Y men may ask “Why?” more often.  When our parents used, “Because we said so,” we Googled it.

Plenty of definitions but do they fit?

Entrepreneurial-minded, world changers.
There are entrepreneurs in all generations, but Millennials seem to highlight changing the world or making a social impact with their business endeavors.  Many of the motivated men of this generation go with a non-profit model for business start-ups.  Many others are locating needs and niches in the for-profit efforts.  Cha-ching.

Social-issues motivated.
Men of the Millennial generation grew up seeing news stories about the hypocrisy and moral deprivation of big business, corporate America.  Stories like Enron, Occupy Wall Street, and the Military Industrial Complex has turned off many.  At the same time, our education system (school and television) has fed us messages about social issues to rally behind.  Interestingly, our generation still splits the fence on the issues.  News flash – we didn’t all vote for President Obama.  It’s not the side of the issue we’re motivated by, but rather, the issue itself.  Even more, we are the least financially educated generation in history.  Dad just handed over the credit card.  Thus, our focus goes elsewhere.

Okay with being a bachelor.
I am married and I’ve got lots of buddies who are as well.  I’ve also got a bunch who don’t care when they get married or if they do at all.  Plenty of Generation Y men come from split families, blended families, single parent or broken homes.  Many of us wonder, what’s the rush?  Plus, if our parents didn’t find the “One” until #2 or #3, we can wait it out for the right one!  The girlfriend usually lives with the Gen Y man anyway. “It’s like being married,” my friends tell me.  I respond, “You’re an idiot.”

Hungry for Mentors.
Based on how most of us were raised, we may not openly address this.  However, we do want and need a mentor help point us in the right direction for our careers, family life, faith, etc.

Unfortunately, these descriptions are laced with stereotypes just like our criticisms from others.  There are exceptions to all these qualifiers of the Millennial generation.  From my observations, I think these are general guidelines as to who the Millennial or Generation Y man is.