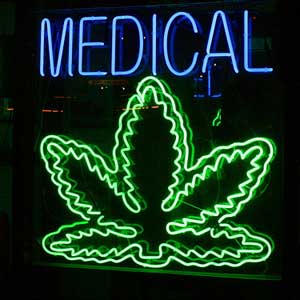 Interestingly enough the American Medical Association actually stepped back and took another look at “medicinal marijuana” in November of 2009 and as a result they have decided that perhaps it does warrant further investigation and clinical research in order for the plant to be used for medicinal purposes. They even asked the government to re-think their classification of the stuff as a Schedule I form of a controlled substance that lumps the plant in with many dangerous narcotics such as LSD and heroin. The group pointed out that there have only been a very few controlled studies done on smoked marijuana even though there has been ongoing clinical research for over 30 years and are now encouraging further research to be done.

Even the Obama administration, earlier this year, demanded that narcotics agents no longer prosecute those users of medicinal marijuana in the states that do allow its use. This is a big change from the strict opposition of previous administrations even in those states where it is legal. There are 13 states that currently allow the use of medicinal marijuana but there are about 12 or more that are beginning to consider allowing its use.

Of course all of the marijuana advocacy organizations are thrilled with the American Medical Association’s revised position and also with the shift in general about people’s attitude toward the use of medicinal marijuana. Even though the federal policy does still oppose this legalization, citing the Federal Drug Administration’s judgment in opposition of its safe use as medicine, the popular opinion seems to swing toward favoring the continuation of research and its medicinal usage.