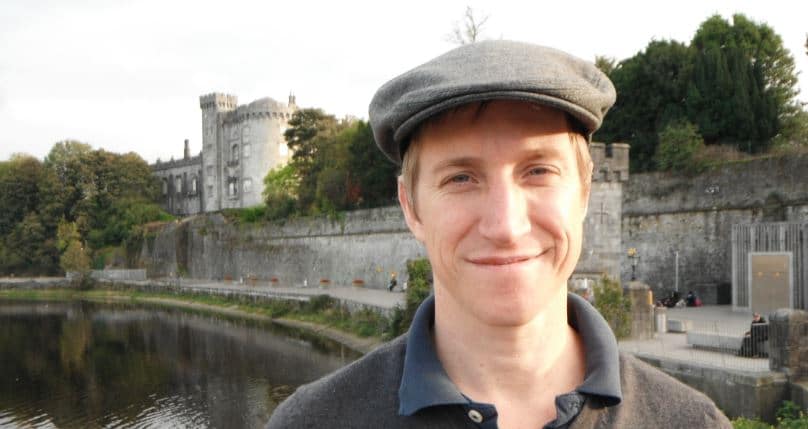 We’re excited to be back after a couple week break. Welcome to the Mantastic Podcast. Where pretty much anything goes….well not everything but a lot of things.

I am Sean Kavanaugh your host and I’m joined by my partners Allen Wilterdink and John Georgellis and we have a special guest today. RJ you don’t mind jumping into the stupidity right away do you?

OK so we have former actor and entrepreneur founder of the website  Wealth Maverick.com and he’s also about to launch a huge product that he’s been working on for a couple years called Giverstars please welcome RJ Knoll.

and Most recently in Lifes a Beach with Christopher Walken. He’s been in dozens of TV shows and in literally hundreds of commercials.

Happy New Year guys. How were the holidays?

I had a funny wrestling coach in high school, pretty famous US wrestler by the name of Bill Weick, he’s in the US, Collegiate and Illinois HOF. Anyway after wrestling in college I went back an coached for a few years at Mt. Carmel.

So anyway we had another coach that was a big fella, bigger than me and that’s saying something.

Anyway one time during practice he yelled Way Lass, hey Way Lass get over here. Everyone was looking around like WTF finally he says hey Whale Ass come here. There is my funny whale ass story.

So did you guys get anything special for xmas? Allen I always hestitate asking you these questions because I’m afraid of the answer. I’m worried you gonna tell me you got a hermetically sealed bag of Queen Elizabeths pubic hair or something.

My wife surprised the hell out of me and bought me the LG G Watch R. It’s so awesome. Definitely not a finished product but not bad either. The Android Wearable OS isn’t perfect but once you figure out its little quirks its pretty easy to get hooked.

So RJ would you mind talking a bit about acting, why you kind of left the industry?

So of all the acting jobs you’ve been on who is the funniest fucker you’ve worked with?

How was working with Jack Black, I always think we could be friends sort of like I think Mark Wahlberg would totally think I’m a cool dude.

Whats the most fun you’ve ever had working as an actor? Were there some memorable movie sets or shows?

Do you watch the people’s choice awards or the Golden Globes and miss the biz?

OK so you got out but you’ve been pretty busy with a bunch of things. I know the one project has been dear to your heart and it’s Givestars. Why don’t you explain to our listeners what Givestars is what inspired the concept and how close it is to launch.

Can you reveal who your first celebs are going to be?

So you were a pretty busy working actor. What made you pick up and walk away?

Not many people have a seemingly growing career and just walk away especially when they are making some real money doing it.

Do you still stay in touch with any of your actor buddy’s that are still working?

Do you ever think about making a comeback. You could be the Sugar Ray Leonard of the acting world. You notice I didn’t say the “Sugar Ray” because that wouldn’t be a comeback now would it?

Are you a movie/TV fan now? What shows or movies turn the crank for you?

Speaking of which did you guys catch up on any movies, TV shows, books etc.?

So I saw two movies over the holiday and one of them I’m little hesitant to tell you about because I’m afraid I’ll have to turn in my man card. Should we talk about that one first so I can redeem myself on the second?

Alright I watched August: Osage County, I know flog me now go for it.

I thought is was fantastic what a cast.

I’m telling you it was completely disfunctional, it had alcohol, pill popping, incest, infidelity and mental illness. It was a fucking party.

Obviously Meryl is the matriarch and she is so good. They should just stop using her last name. Julia Roberts sort of annoys me, I mean not like Meg Ryan or Melanie Griffith annoying but  I just think her shit actually stinks.

But she was awesome in it, I love the fact that they made her look normal, like a normal 40 something woman. They didn’t make her up to look glamorous. Again mucho respect.

You wanna know the other one? I’m telling you my balls will drop back down so if I don’t talk about it I might turn into a unick.

Denzel befriends a hooker that eats at a diner he goes to and she gets her butt kicked by her pimp/Russian mobster. Denzel takes care of bidness and little do we know that “The D” was a former CIA operative that was really adept at killing people. So the Russians come on over to take care of him but don’t.

Anyway not Man of Fire good but pretty good.

I’m rewatching The Shield right now. It is amazing how much of the show I don’t remember because I watched during my drinking days. It’s like a whole new show.

On the music front I am listening to Copeland right now.  I’m a sucker for good Indie band especially when I’ve missed them completely. I love it when I find a band or an artist that has a pretty big back catalog. You find them and it’s like you’re opening up a treasure chest. I felt the same way about Ryan Adams.

Have you guys listened to any Fall Out Boy? I went to say that they’ve sold out and you might think they’ve always been sell outs. They are making some catchy arena rock tunes.