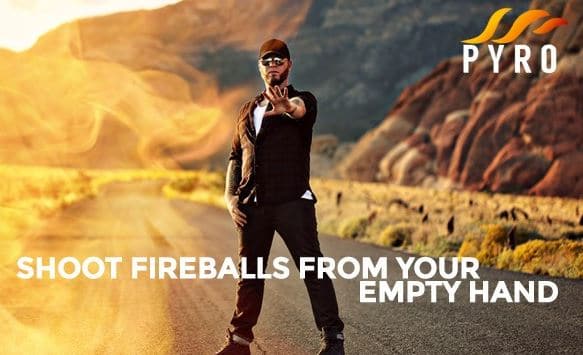 Welcome back to another episode of the Mantastic Podcast

I am your host Sean Kavanaugh and I am joined by

I was gonna say this was the holiday edition but I can’t think of anything we would do differently. I’d like to loop Mariah Carey’s “All I want for Christmas is You” and have some whacky jingle bells sound effects but we aren’t that sophisticated so it’s our show right before Christmas there.

BTW  John Mariah Carey is #1 on the Billboard charts again with that song. That is a gift that keeps on giving for her boy. How would that be to know that every Christmas you were gonna make a cool million because of one song. She wins 1-0

but it’s really not important when you have a guest on that has brought the ability to shoot fire balls from your bare hands to the masses everything else just sort of fades into the background. Sorry Kim Jong and Vlad

So it is my pleasure to introduce magician, illusionist and developer of Pyro Adam Wilber. Hey Adam thanks for coming on with us today.

All of us feel a bit like Pyro fanboys so pardon our reverence.

Before we start asking a bunch of questions, John why don’t you describe to our listeners what Pyro is. I trust you haven’t burned down your house yet?

This sounds like such a stupid question because why not, but seriously what got you started on your quest to develop Pyro? I know guys……… why not right?

How long was it in production?

It’s seems like the learning curve could be a little dangerous. How many times did you burn yourself trying out new stuff. I’m sure you didn’t start out with gasoline?

So I don’t know if others have felt the same way or maybe we’re just really fucking nuts but Allen, John and I all went to completely different places with Pyro. I mean shot fireballs out of your hands is cool but weaponizing a drone is cool too.

BTW four is just isn’t enough there has to be a way for rapid fire like a roman candle.

Allen brought up a great point 1000 years ago you may have been considered a God and ruled south America if you had Pyro.

How did you get the nickname “The Worker” I know you can work a room. You didn’t give it to yourself did you?

Give us a bit of background on the ellusionist.com

I did some searching and I couldn’t find a site quite like it, not even close actually. It’s a site for magicians. Is it part of the International Brotherhood of Magicians?

I love some of the branding stuff you’re doing with the playing cards like Artifice and Hustlers playing cards. Are these decks exclusive to Ellusionist?

Daniel Madison is pretty cool he reminds of Tommy Flanagan (Chibs) from Sons.

What is “The Black Club”? It’s sounds mysterious you guys aren’t sacrificing goats or anything right?

Well Adam is there anything else you’d like to announce to our listeners before we take a break? Thanks again for come on the show. You are always welcome to stop on by.

I’ve gotta question for you. How does a backwards ass country like North Korea hack one of the premier technology companies in the world? I mean it was like a depantsing. I thought Sony would see them coming and say something like get your little bowl hair wearing asses out of here. Go play with Dennis Rodman.

I know they trade with China but they are dirt poor. You guys have a better idea of how they could have such an advanced cyber warfare team.

The one last thing I want to talk about before we get into the fun stuff is Russia. Do any of you think Putin is just bat shit nuts? He is a propaganda monster and a stubborn prick. His economy is crumbling around him and he’s like it will be fine. 2 years and we’re good. I love how he is trying to turn around the annexation of Crimea into some kinda of threat to Russia’s sovereignty. It would be no different than the US  marching over to Toronto and saying there are a ton of Americans here and so we’re going to protect their interests so it’s ours now.

Welcome back to the mantastic podcast I hope you all enjoy are special guests Adam Wilber with ellusionist and Ted Sundquist of The Football Educator .com.

Did anyone watch the Discovery Channels special on the Mars Rover last night? Awesome show. It’s the first real in depth look at Curiosity and it was fascinating.

Adam not only kicks massive ass, but he is a magician for hire. He will be attending our next event in April, but you can book him now!

Ted Sundquist www.thefootballeducator.com Ted is also for hire! Historically one of the most successful NFL General managers. We are currently looking to place him with a team that does suck. Sorry Drew Brees, and whoever works at the Cleveland Browns!