The Most Interesting Historic Maps of the World 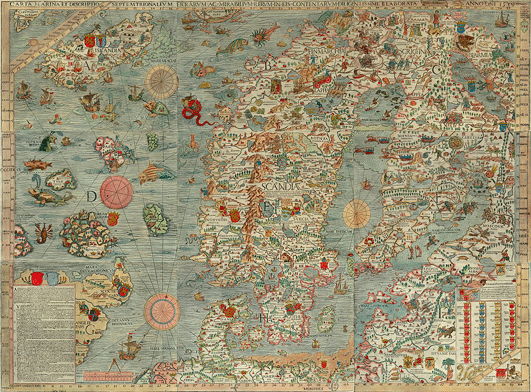 We are so used to looking at a map of the world that it can be quite a shock to see our planet depicted in a different way.

Yet, over the centuries there has been a huge variety of historic maps created that make the little old Earth look completely different from the place we are used to.

The Most Intriguing Historic Maps of the World

The Island of California Map 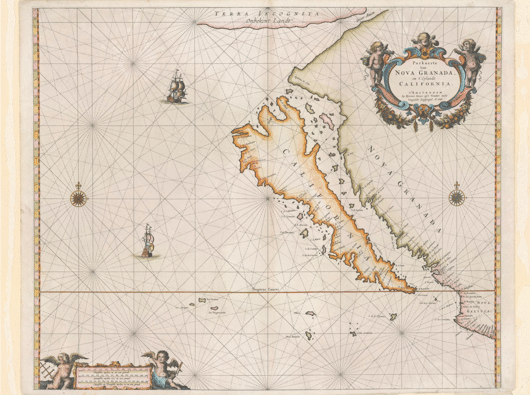 The Spanish have given us all a lot of pleasure over the years, from their tiki-taka soccer midget geniuses to their flavorsome paella and the Iglesias musical franchise. However, you should never, ever trust an Iberian cartographer. Probably the most famous mapping mistake ever made was when Hernan Cortés visited the Americas. He and his men assumed that California was an island and the Earthly paradise written about by earlier Spanish writers. It wasn´t until the late 18th century that the truth was finally confirmed beyond any doubt.

The Map Used By Columbus 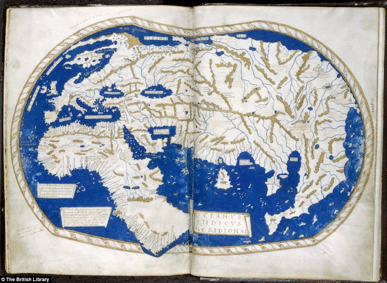 If we go back even earlier in time, this historic world map by Henricus Martellus is said to have been used by Christopher Columbus when he set out to get to Asia and discovered a bit of land in the way. As well as having the best name in the world ever, Martellus (who was really called Heinrich Hammer) also drew a mean old map. This is a darned good attempt at depicting a world that was only partially explored at the time. 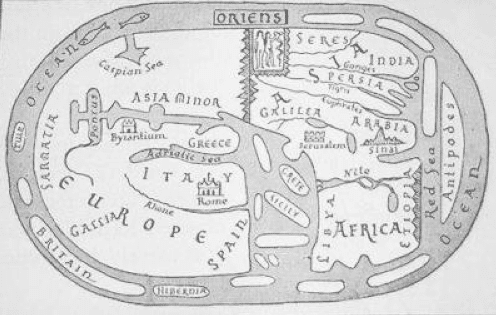 The idea that the Earth is flat wasn´t as common in the past as you might think. Having said that, there are still a number of maps showing what the planet would look like if it were pancake shaped. It would be great fun sailing round the outside of the world or taking a short boat trip from Arabia across the Red Sea to the Antipodes. 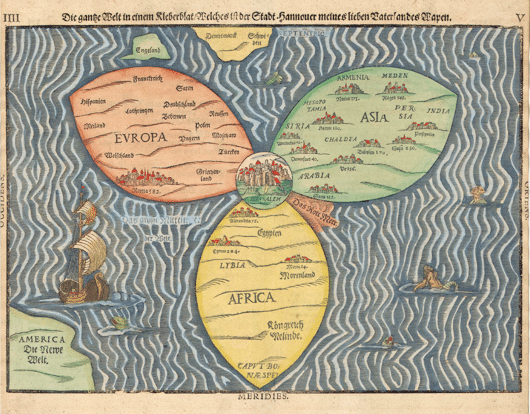 The Bunting Clover Leaf Map is one of the strangest historic world maps ever created. Heinrich Bunting created it, with Jerusalem at the centre of the world and the three main continents forming perfectly shaped clover leaves.

This is the famous Carta Marina, which was drawn up in mid 16th century and was the first detailed map of Scandinavia. The most interesting thing about it is the way that the seas in the north of Europe are filled with such a staggering variety of scary sea monsters. It´s almost enough to make you want to stay safely tucked up at home in Scandia eating haddock and plotting world furniture store domination.

The First Map with America Named 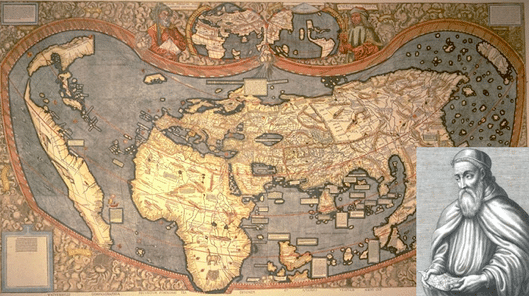 This 1507 map is one of the first ever drawn up. It was created by a German dude called Martin Waldseemuller and the only known surviving copy was sold for $10 million a few years back. Among the fascinating facts about this brilliant map is the fact that the West coast of South America and the Pacific Ocean beyond it are well depicted, despite European exploration of this region not having taken place by the time it was created. It is the first map to name America and to put a body of water between the new continent and Asia, although it was a number of years after the map was created that this Ocean was confirmed by explorers.