“Help Me, Rhonda”: What Women Notice on Men 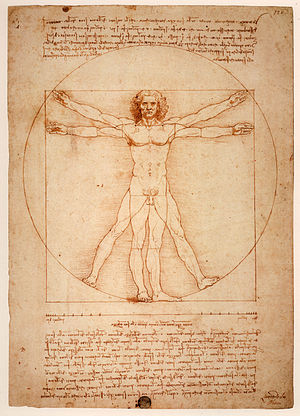 Ok guys, while traveling recently I grabbed a Cosmopolitan magazine for the long 3 hour flight I had ahead of me.  A little side note quickly caught my attention.  It stated that a recent study, in the Journal of Evolutionary Biology, found that guys are actually more attracted to killer arms than sexy legs.  This absolutely stunned me and got me to thinking…what do women notice on men?  Having arrived to the airport three hours ahead of my flight time, I decided to do my own survey.

I asked 94 women of all “shapes and sizes”, what is the first thing they notice on a man.  Forty-four of the women responded that a man’s smile is definitely the first thing they notice.  So guys, keep those pearly whites clean.  Keep in mind that along with a great smile comes fresh breath. Please don’t let us learn the hard way that you just ate onions, garlic or smoked a cigarette.

Twenty-one ladies stated that they notice the way a man carries himself or how confident he is.  But don’t confuse confidence with arrogance, the later of which is a complete turn-off!  The ironic thing about an arrogant person is the fact that they are suffering from a lack of confidence.  Always make eye contact with a genuine smile and walk tall.

The third thing noticed by fifteen of the ladies, was a man’s hand.  Don’t get all excited guys, this has nothing to do with the length of your thumbs!  Besides, there is no scientific evidence to prove that “theory” anyway.  Women want men who have strong hands with clean fingernails.  If we see that your nails have enough dirt underneath them to plant a small garden, then we are moving on.  We know some of you work tough jobs and are plagued with callused hands. Do your best to soften them and keep your nails filed.  There is nothing worse then being rubbed by a man with jagged fingernails and callused hands!

Ten of the women I polled stated that smell was the top thing they noticed about a man.  Showers are an absolute necessity followed by cologne.  But guys, don’t shower yourselves in the cologne!  Nobody enjoys a cologne induced migraine.

I was quite shocked that only four women mentioned eyes as the first thing they notice on a man.  We are not talking color or shape but rather what the eyes have to say…the eyes are the window to the soul.  If you are truly attracted to a woman than make sure you are looking into her eyes when speaking to her.  This will signal to her that you are interested.

Before I go I must add my two cents to this list.  Of course the first thing a woman will notice on a man will be a physical characteristic, be it your eyes, hair or smile. The next thing we notice will be your character…who you are. There are plenty of good looking men in the world but who have ugly character. We are attracted to friendly, honest men who will show us respect.  Don’t pretend to be someone you’re not and above all Keep Smiling!!