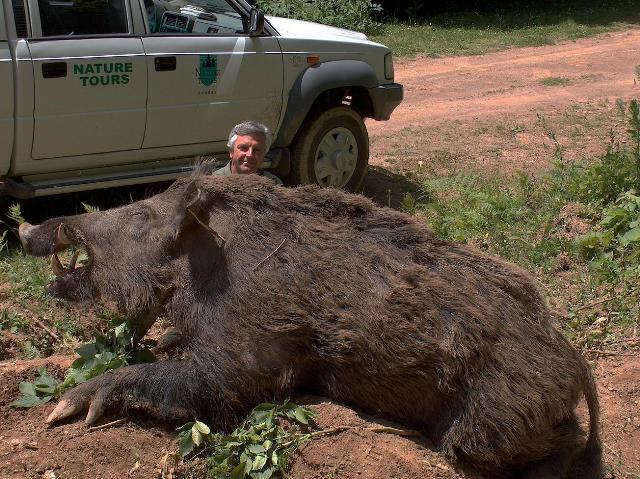 Ever wonder why people in the south are always armed? Well, this is why:

This 1,800 lb. wild boar was shot and killed in Potosi, Missouri, near the county airport on Hwy 8 east and near the community of Mineral Point. It’s actual name is a Piney Wood Rooter. There was a documentary on about a month ago about these pigs growing up rapidly in the US. They’re all over Georgia , Alabama , Arkansas , Missouri , Florida and other states.

Did you ever wonder what happens to those people that just leave home and disappear but their car is found out on a dirt road? Between bigfoot and these monsters, I think we know!

This one was killed by a Medical Radiology worker. What would you do if this beast was coming at you? Run for dear life? Climb a tree? Or simply get run over?

We were told to stand still because their eye sight is poor. By standing still they probably would not see you and walk right on by. And NO, you can’t outrun them! Check out a few more pictures of it below. 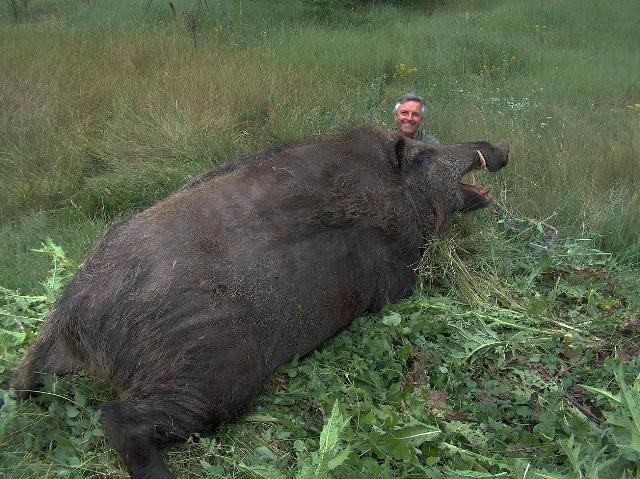 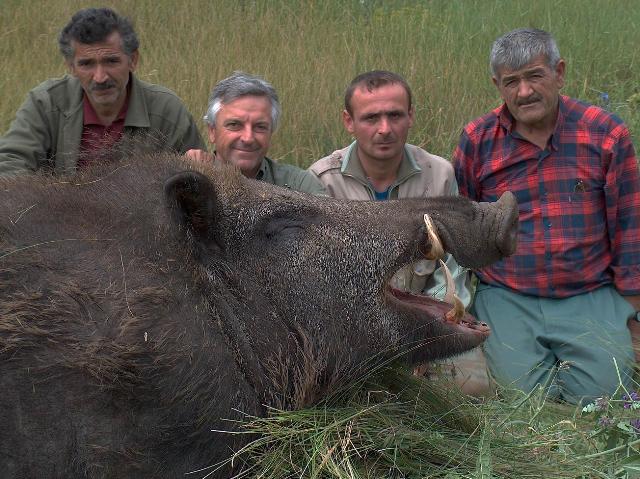