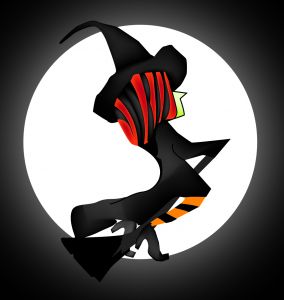 Is there anything better to watch on all Hallows Eve than a good scary movie that actually takes place on Halloween? How about watching scary Halloween movies that either intentionally or not, makes you laugh? If you are up for a little Halloween fun here are a few flicks you may want to check out:

The Midnight Hour, released in 1985 has some great young stars including Shari Belafonte, Peter DeLuise and LeVar Burton, as part of a group of about 30 teens accidentally unleash this ancient curse that will raise the dead. Watch it for the stars and the unintentional laughs.

Boo, released in 2005 – you just know this is going to be a good movie when you hear one of the characters say (as they are walking towards a spooky looking building) “great, we are going to be those stupid kids.” And naturally when you get kids that are partying together with an old haunted hospital you wind up with dead kids.

Lady in White (1988); this terrifying story is made more so as it is told from the child’s memory using flashbacks and voiceovers. It begins on Halloween night when a young boy gets locked in a closet at school where he sees a murdered girl’s ghost and is terrorized by an actual live murderer.

Cemetery of Terror, 1985 just goes to show that movie teenagers are plain stupid in any language. On Halloween another group of teenagers decides it would be a great idea to go into an old abandoned house and then utilize this old satanic book they find to raise the dead (going so far as to break into the local morgue to steal a dead body that they feel would be perfect for raising). Naturally they decide to steal the body of this claw handed serial killer and, well, you can imagine the rest.

Ginger Snaps, released in 2000, features a pair of sisters that appear to have a somewhat unhealthy bond and a morbid fascination with, of course, death. While sneaking out on Halloween night they get attacked by, of all things, a werewolf. The prettiest of the two, Ginger, gets bitten and starts to turn, going to a party where everyone assumes she is in costume (complete with tail) where she begins to attract her prey.