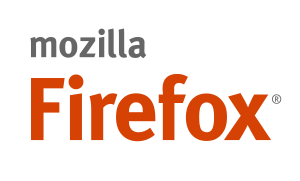 So, should you upgrade to Firefox 8? Well many experts say that they really don’t see much in this newer version that warranted a completely new version number; but it does belong to Mozilla and of course, naming is not considered a democracy. If you are considering an upgrade you need to be aware that there are some add-ons that may not be compatible with Firefox 8, so you may want to just do a test install first to make sure that everything works properly. That way you can either uninstall the newer version or wait until all of the add-on developers catch up with the new version and update the codes.

That being said there are some new features that may make it worth the upgrade and loss of some add-ons. For example, Twitter search has been added to the search bar making it easier to follow the tweets you are interested in. Another feature is that third party add-on installers are disabled by default; meaning you have the choice to either install the add-on or get rid of it.

Firefox 8 has added a new preference that gives you the option to load certain tabs on startup which improves performance when you launch the browser. Along those same lines this version has improved memory handling and performance while using video and audio elements. They have also included several new security and stability fixes that were needed.

Keep in mind that you can install Firefox 8, use it for a while and if you decide it is not right for you then you can always uninstall it and install an earlier version.