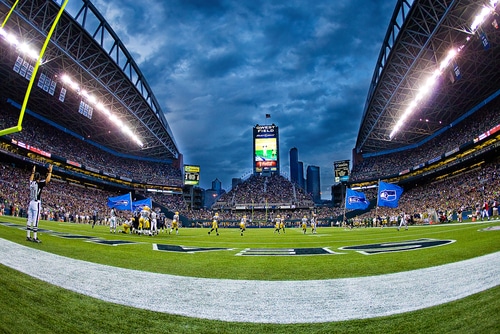 Article by The Sports Xchange

A Las Vegas casino is offering refunds to bettors who put money on the Green Bay Packers in the controversial Monday Night NFL game.

The D Las Vegas, previously known as Fitzgeralds, announced Wednesday anyone holding a Packers betting ticket in the disputed Seattle Seahawks victory will get their money back.

“I fully understand the importance of the Monday Night Game to our city as well as every Packer supporter across the nation and I just can’t accept this outcome,” Derek Stevens, the owner of the downtown casino said. “If you’re up, you’re going to press it and if you’re down, it’s the bailout play and personally, I’ve been in each situation. I just can’t imagine a worse outcome than what occurred Monday night. I’m so disgusted that we are going to refund every bet made on the Packers at the D. I know exactly how it would feel if I was laying the number and I saw what happened.”

Replays indicated that Packers cornerback M.D. Jennings had possession of a game-ending pass in the end zone, but referees awarded the catch to Seattle’s Golden Tate after the two wrestled for the ball on the turf. One official signaled touchdown, and the other signaled timeout, indicating the play had ended.

The call resulted in an estimated money swing, according to one sports book, of as much as $200 million to $250 million worldwide, ESPN.com reported.

Some estimates from online services believe the impact was even greater. The Packers were 3 1/2-point favorites who would have covered the spread and won by five without the final touchdown.

The call also had an effect on the Packers’ Super Bowl odds, raising them at one Las Vegas outlet from 7 to 1 to 9 to 1.