Avoid Tricks With These Treats For Halloween 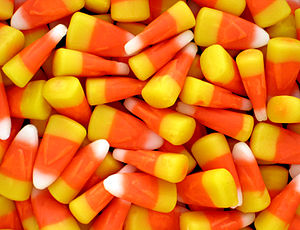 Long gone are the days when apples were a favorite Halloween treat; now it is all about the candy. And, not just any old candy will do as today’s kids can be pretty picky about their candy. So, if you don’t want eggs thrown at your house or your pumpkins smashed by candy deprived trick or treaters you may want to choose one of the following for your candy bowl this year:

Number five on the list was brought to us way back in 1898 by the Goelitz Confectionery Company and is considered the oldest of the Halloween icons; this of course is Candy Corn. While there have been some different flavors (Chocolate, Caramel, etc.) added through the years the original remains a Halloween favorite.Coming in fourth on the Halloween favorites list are Nerds. If you are not familiar with this treat they are small sugar crystals (similar to rock candy) that are coated with a flavored and colored candy coating. They come in several different flavors from very sour to very sweet, but any flavor is okay with the kids.

Number three on the list was brought to us by Nestle in 1937 and was given the slogan “For the kid in you”. This, of course, is the Nestle Crunch bar; a big hit when it came out it is still a favorite with trick or treaters.

So, what is the most popular Halloween candy? The Tootsie Roll of course and we can thank Leo Hirshfield, an Austrian that invented this treat in 1899 and named it after his daughter. You can’t miss with this sweet treat.

While distributing any of these on Halloween will not actually prevent pranks and tricks it may reduce the chance of having them pulled on you.