Appetite For Patience: Guns N Roses Through The Years 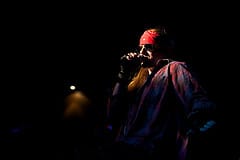 The history of Guns N Roses has been one of tragedy and triumph, greatness and failure, and a story that needs to be told. The group has had many top hits and dozens of songs that were better than those who came before and after. With key members leaving the group and relatively unknown musicians added, Guns N Roses still have a place in the history of rock in which they revitalized. Some of their better songs from the different eras encompass the ” World’s Most Dangerous List”.

Slash came up with the opening riff by messing around during a break in practice. He called it his “circus theme”. When the rest of “Guns” added their magic, “Sweet Child O’ Mine” became their most listened to balled and most recognizable song in the bands history. Axl Rose put lyrics to the music to commemorate his relationship with then girlfriend Erin Everly. “Sweet Child O’ Mine” brought out the softer side of this vicious band.

The live version of “Madagascar” is beautiful. With orchestral arrangements and audio clips of Martin Luther King, Jr.’s “I Have a Dream” speech, this is closer to the ending of what the original band had done. Almost a ballad, but a great inspirational song, that anyone can relate.

They introduced the song at “Rock in Rio” 3 in Brazil. Axl makes sure to play this song with every concert set.

Estranged (Use Your Illusions II)

With lyrics like “I’ll never find anyone to replace you, Guess I’ll have to make it through this time, oh, this time without you”, makes you wonder who he was singing about. Was this song his song to the original band? Did he know it was almost over? Who knows. This is a great song that was the third part of the trilogy that began with “Don’t Cry” and followed with “November Rain”. The video had dolphins and Axl jumping from a battleship. Go figure.

The first time that the band “stripped down” into a full acoustical set with the mini-album “GN’R Lies”, “Patience” stepped out as the winner of the group. The band shot it in one take with Slash and Duff on guitars and Axl singing in a warm lullaby. The group gathered more fans from this song than any other. With steady radio and video play, many people were drawn to this radio friendly tune until they heard “One in a Million”. That’s another story.

Welcome To The Jungle (Appetite For Destruction)

This was the song that created the label “World’s Most Dangerous Band”. With Axl’s primal scream and searing guitars, this was the brutal death song for the glam-rock bands of the 1980’s. Axl sang about life on the streets of Los Angeles coming from Indiana. The song makes reference to drugs and decadence, and showed that rock music was still dangerous. Fans knew that something special was happening and parents knew they were in trouble. 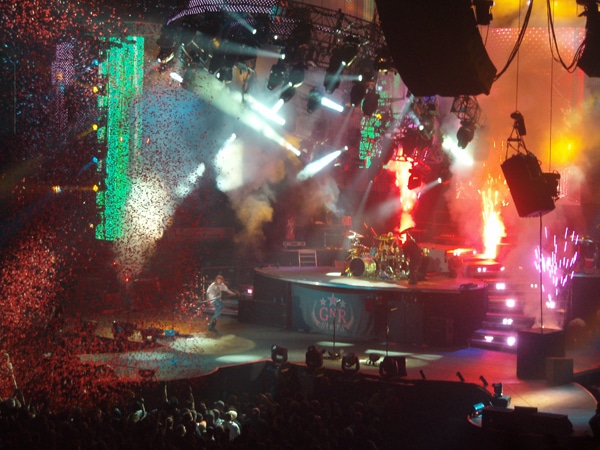 “Paradise City” was like a day in the life of the band. With live footage of preparing for a concert and the actual concert itself, this was a unique and visually striking video for its time. Slash has said he hated the lyrics “Where the grass is green and the girls are pretty”. “Paradise City” made a great third video after “Welcome to The Jungle” and “Sweet Child O’ Mine”.

Dead Horse (Use Your Illusion I)

This is one of the unusual songs chosen for the list. It’s a short song, but it says so much at the the time. “Sick of this life, not that you care” were a part of the lyrics that can mean many things. Was Axl tired of being a frontman to the most popular band in the world? “It may sound funny, but you’d think by now I’d be smiling”, he’s not having a good time here. This may be his venting song. 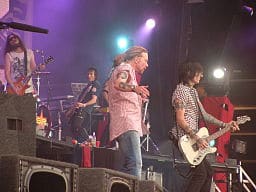 I could list a dozen songs here and explain why they are the best songs that Guns N’ Roses have ever made, but I want you to go check them all out. Sometimes a band comes around and suddenly leaves after a few years only to return, never to be the same again. Time stops when you hear a Guns N’ Roses song. If you were a fan at the height of their popularity, nothing has ever came close to the feeling of watching them play, listening to their interviews and hearing about the trouble they had caused. Guns N” Roses were truly “The World’s Most Dangerous Band”.