Amazing Animal Races and Sports You Would Love to See 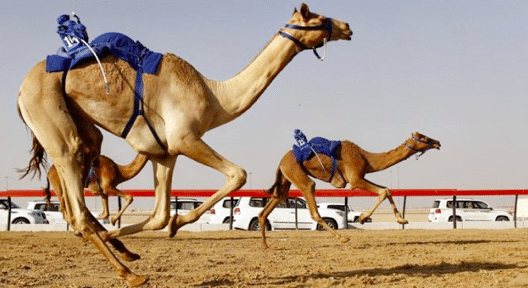 We love animals so much there is nothing better than watching the fine little critters run themselves to a standstill for our amusement, such as in animal races.

If you haven’t yet seen one of the world’s most amazing animal races and sports then here are a few you might want to check out.

Which Animal Races and Sports Would You Want to Watch?

The Swedes have an annual rabbit jumping that sounds like a lot of fun. For a start, it’s called Kaninhoppning. In my book anything called Kaninhoppning has got to be good. It’s kind of like horse jumping but a lot cuter. The Swedes don’t have a monopoly on rabbit jumping, though. They also get them jumping in places like Germany and Australia. The highest recorded jump by a rabbit is 99.5 cm, which was carried out in Denmark by the brilliantly named rabbit The Lassie of the Quivering Grove.

Camel races are a traditional part of life in Dubai and are also a popular attraction with tourists in the area. The toothy, humpy beasts can ride at a fair pace but where’s the jockey gone? A few years there were great concerns about the use of children as camel jockeys. This led to the organizers finding a way of fitting the camels with robot jockeys. You can also find camel races carried out in the Virginia City Camel Races in Nevada, USA. 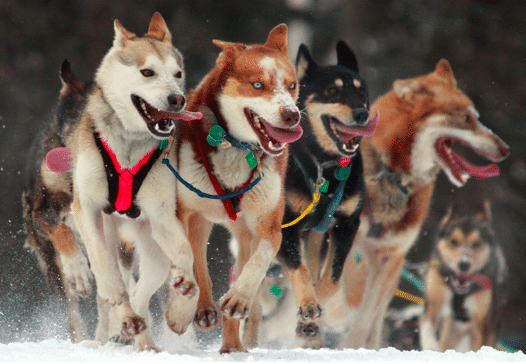 Described as the last great race on Earth, the Iditarod Sled Dog Race is a grueling, multi day dog race across the Alaskan wilderness. You don’t want to enter this race with a bunch of poodles or cocker spaniels; only sled dogs such as huskies need apply.

Madura Island in Indonesia is famous for the incredible bull racing event that takes place here, called karapan sapi. A young jockey on a wooden sled will cling onto the animals while they rip along a 100 meter course in under 15 seconds. Massages and dozens of eggs a day keep the cattle in tip top athletic shape.

These athletic and highly competitive amphibians were featured in a book by Mark Twain but they actually do their stuff in real life too. The Calaveras County Fair & Jumping Frog Jubilee is possibly the best name for any event in the history of mankind (and frogkind).

They don’t just race camels in Arizona. No siree, the fun loving dudes of Chandler also get their ostriches onto the racetrack every year. Bearing in mind that these flightless birds can run at up to 40 mph it is a pretty dangerous sport for the jockeys as well.

The annual world championship event for snail racing is held in the UK. The 2014 winner was a snail named Wells that completed the course in 3 minutes, 19 seconds. The heat was blamed for the slow time, suggesting that you would normally expect your snails to rip up the course a bit more quickly. Snail racing takes place on a flat table, with the slimy runners all starting out in different directions from a circular starting point.