6 Things You’ll (Probably) Only Ever Do in Bolivia

If you want to do something different then I can recommend a trip to Bolivia. Here are a few of the weird and unusual things you can do in this South American country that you probably won’t ever do elsewhere. 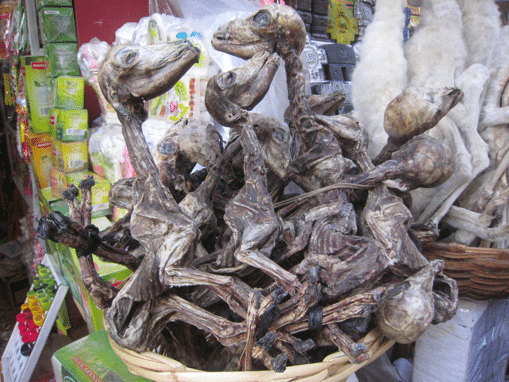 You can try this one at home if you don’t believe me that you can’t do it elsewhere. Just head to your local store and ask if they stock llama foetuses. Unless the guy that runs the place is a freaking nutcase you won’t find any. Not one. In La Paz, on the other hand, the famous Witches Market has loads of them for you to peruse and buy.

Sure, there are dangerous roads all over the planet. How many are as frankly bonkers as the ones in Bolivia, though? Heck, they even called one of them Death Road just in case you were in any doubt about whether or not it was a good place for a quiet Sunday drive. Best of all, you don’t even need to own a vehicle to have a terrifying brush with death. They’ll let you hire a bike.

Buy a Sheep’s Head from a Stall. To Eat 

To be fair, I reckon that they sell sheep’s heads in other parts of the world. I’m sure I saw one winking at me from a plate in Iceland once. However, where else in the world can you buy one from a street vendor to eat right there and then? That’s right; probably nowhere but maybe somewhere if you do some research on the internet and prove me completely wrong. Anyway, you can buy one in Oruro the next time you are there. You get a tasty and nutritious meal and the lady with the stall makes a good sale so everyone’s happy. Oh, except the sheep.

Cross a River in a Barge. While Your Boat Crosses on Another  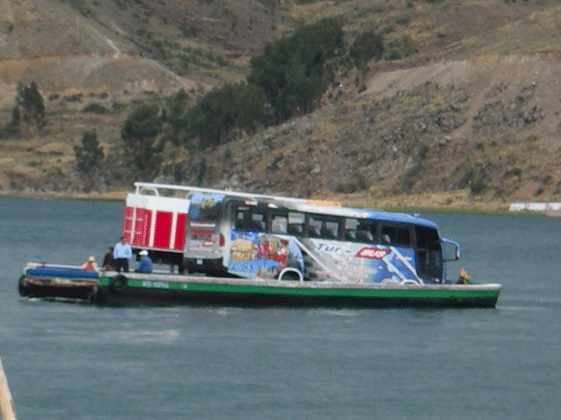 One fine day I was travelling from somewhere to somewhere else. The details don’t really matter. Anyway, it was near Lake Titikaka and as I crossed a stretch of water in a small barge I idly wondered how my rather large bus was going to get across. There it is. Crossing on a barge. Just like you would expect it to do.

Have Fun in a Rusty Old Train in the Desert 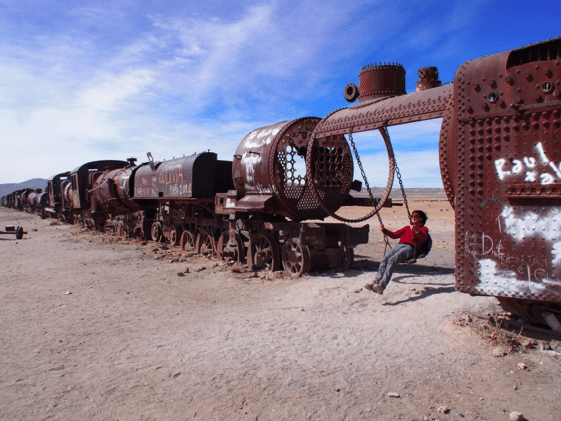 A few of the previous points might not technically be things you can only ever do in Bolivia. I’m only human and if all else fails I’ll blame it on Google. Having said that, I’m convinced that this is something you won’t ever do anywhere else. You see, as you start off on a tour of the wonderful Salar de Uyuni you get taken to the train cemetery. Sounds like the worst thing ever, right? It’s not. It’s a whole heap of rusting locomotive fun.

Drink Out of a Plastic Bag  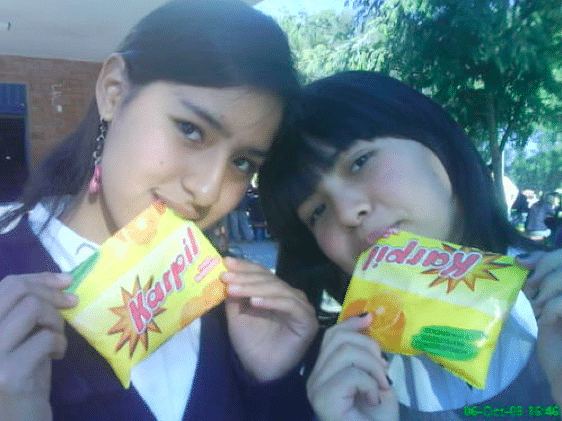 One of the great things about Bolivia is that they like to put things in plastic bags that really don’t belong in them. Like liquids. Possibly the most daringly bohemian I have ever felt in my life was when I ordered a meal to take away and they gave me the soup in a thin plastic bag. The fact that there was a giant bone in it meant that there was also the small but constant danger of rupturing. When you are feeling thirsty but a bit less adventurous you can buy milky type drinks in plastic bags, which is an idea bordering on genius really.