10 of the Best Car Jokes and Memes 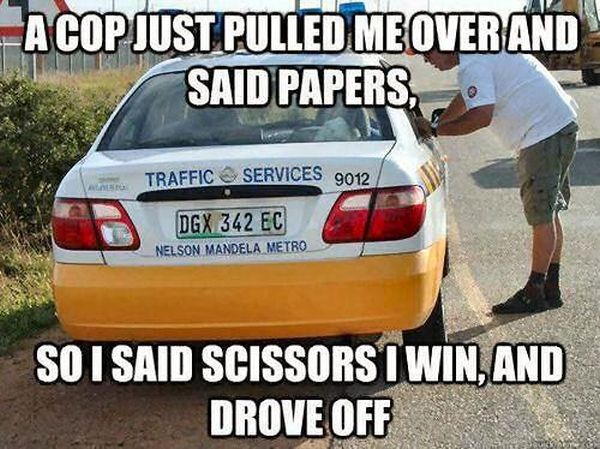 We all love a good car joke or the Rock in the car meme, don’t we? Whether you drive a super fast sports car or something more humble it is good to laugh at other people’s cars and how stupid they are and how stupid they drive them. As long as no one laughs at you and your car, of course. There is nothing funny or stupid about that at all.

The Wheels of Life Joke 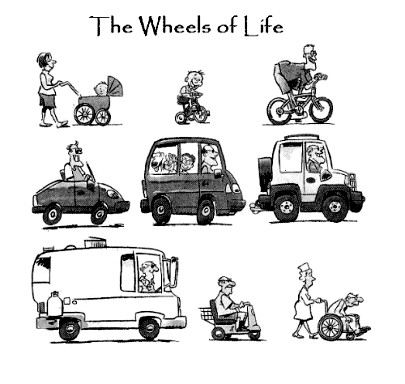 ​We might as well start off with a touch of heart wrenching poignancy. This is life summed up in 9 different vehicles. I don’t mean to depress but you should enjoy your fancy car in the few short years you can drive it. ​As car jokes go, this one kind of made me wince. Imagine having a Ferrari and seeing it destroyed in this way. I am almost glad I don’t have a Ferrari. I knew that there was a reason I never bought from. Apart from them being too expensive. 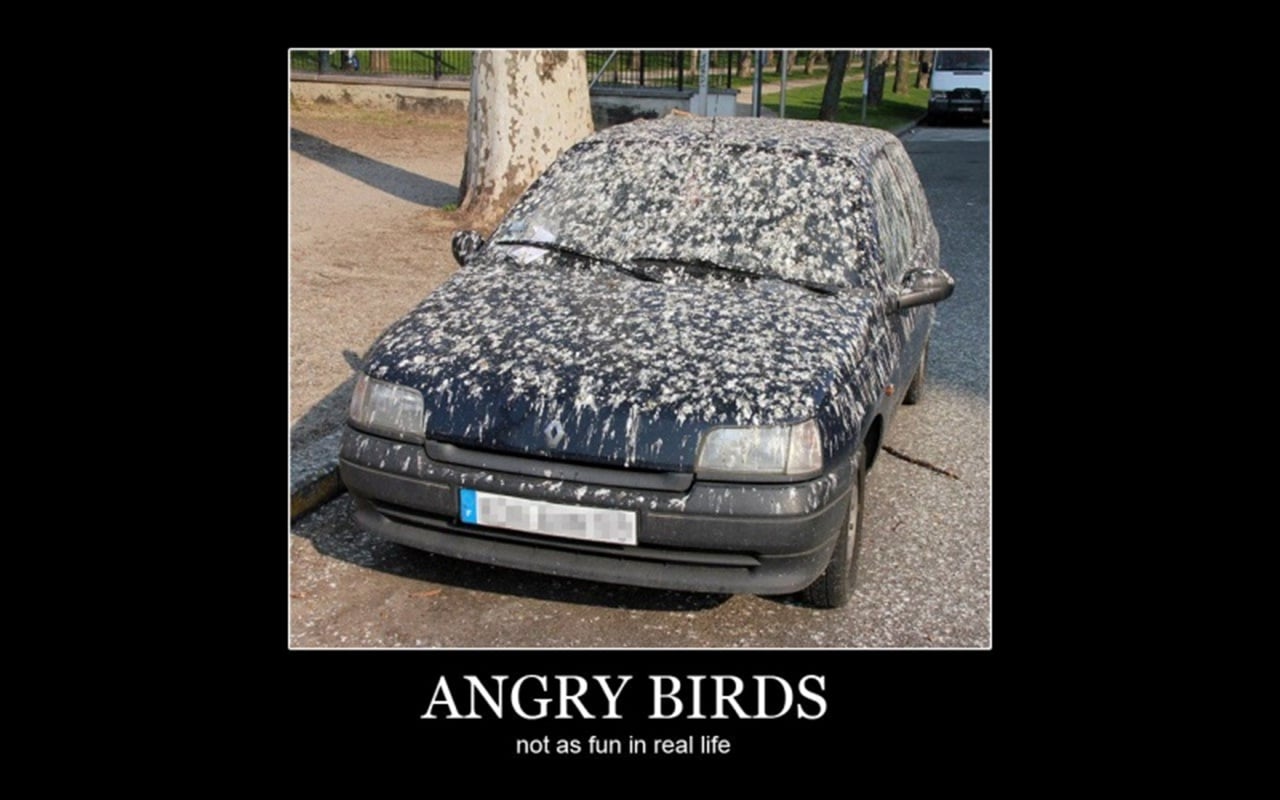 ​Why do birds poop on cars so much anyway? I think that they are just evil, a fact shown to me daily in my ongoing struggle against the ruthless pigeons who want to set up home on my roof. 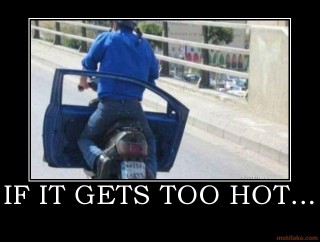 ​What on Earth is this guy doing? I have seen this car meme a few times when I do searches on car related stuff and I just can’t understand why he would be riding a motorbike with a car door. Any ideas? 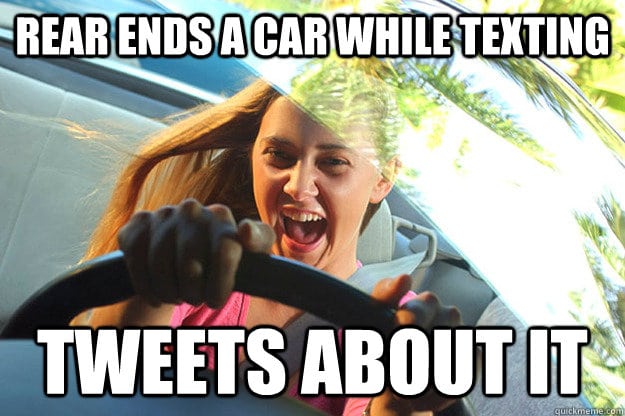 ​I don’t know about you but I get a bit of a nervous twitch when I see someone driving with a phone in their hand. Personally, I can’t wait until self driving cars take humans out of the equation altogether. 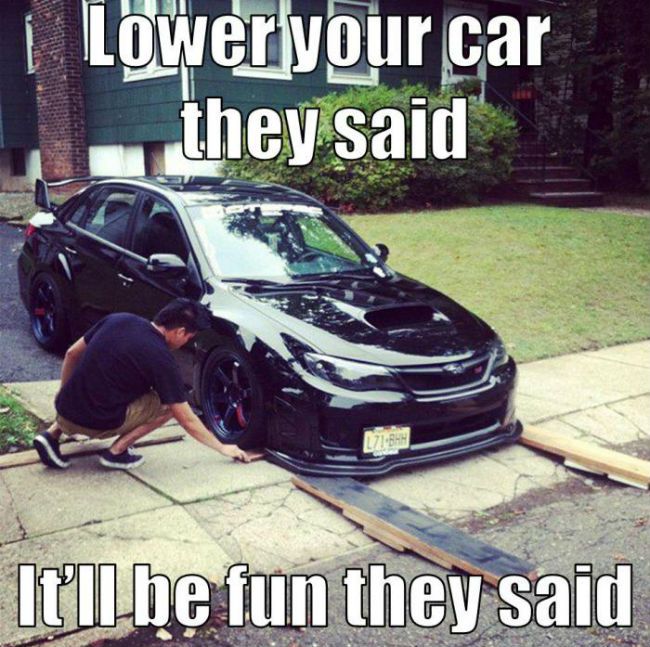 ​There are lots of lowered car memes about and I have to say that I don’t understand why you would even do this to your car. Is it more fun being lower? 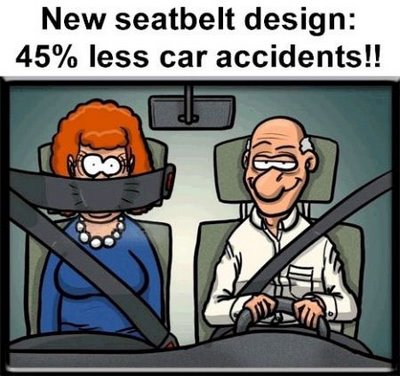 ​A bit of sexism in our car jokes is always good for some controversy. I couldn’t possibly comment on the usefulness or otherwise of this seat belt design but given the chance my wife would have plenty to say about it. 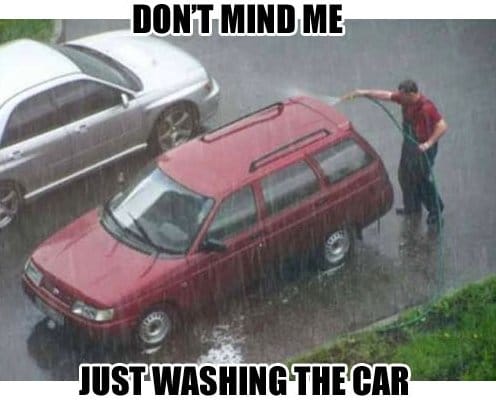 ​Don’t you hate it when you are washing your car and it rains? The flip side of this is the great feeling when you are about to head out with a hose and a heavy heart and the heavens open. Great; another couple of hours in front of the TV eating junk food while God washes your car.

​Has anyone in the history of the world every made a smartass comment to a traffic cop like you read about in so many car jokes? I am always terrified that he spots a broken light or some other minor defect, so I just nod and mutter something unintelligible and respectful. 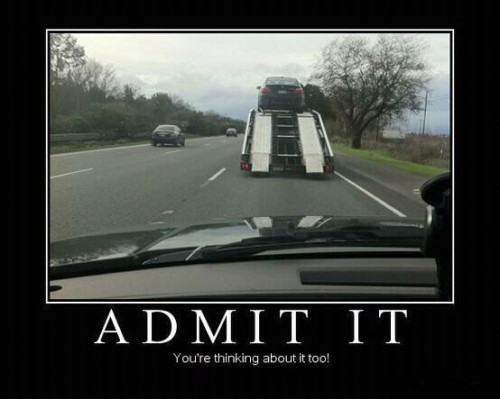 ​Has anyone in the history of the world every made a smartass comment to a traffic cop like you read about in so many car jokes? I am always terrified that he spots a broken light or some other minor defect, so I just nod and mutter something unintelligible and respectful.