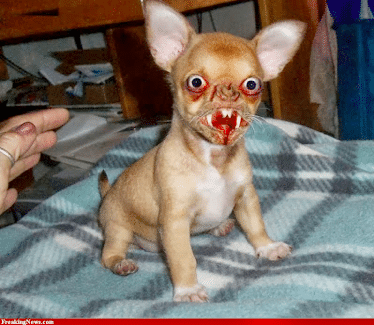 Everyone thinks that their dog is the best looking in the world, don’t they? Well, you’ll find it hard to believe that the owners of these ugly mutts could think like that. These are among the worst looking dogs to ever walk the Earth.

The World’s Ugliest Dog Competition takes place in California each year and this cheery little chap won it this year. He (or she?) is called Peanut and looks like, well, like a really ugly dog pulling a particularly ugly face for the benefit of the cameras and the frightened members of the public. This is what happens when you cross a Chihuahua with a Chinese Crested dog. Please don’t cross any more of them. Ever. 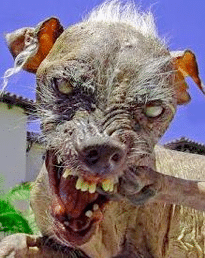 Meet Sam. Sadly, Sam is now dead but the legend of this ugly dog lives on. He won the World Ugly Mutt competition 3 times before passing away at the age of 15. I wonder if he might have been one of those cases of looking better as you get older, like Richard Gere or Mr Bean.

The title of Britain’s Ugliest Dog doesn’t sound all that impressive when compared to being named the ugliest mutt in whole wide world. However, the astoundingly bad looks of this pooch speak for themselves. This is canine ugliness on a legendary scale and it is time to embrace it. Let’s all love ugly dogs a bit more. This half blind chap was rescued from a homeless shelter and given a new home after becoming famous on the internet. 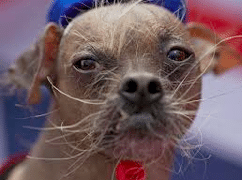 This dog is called Mugly and isn’t he, to put it bluntly, not at all attractive? As well as being pot ugly he also looks like he’s got a bad attitude too. 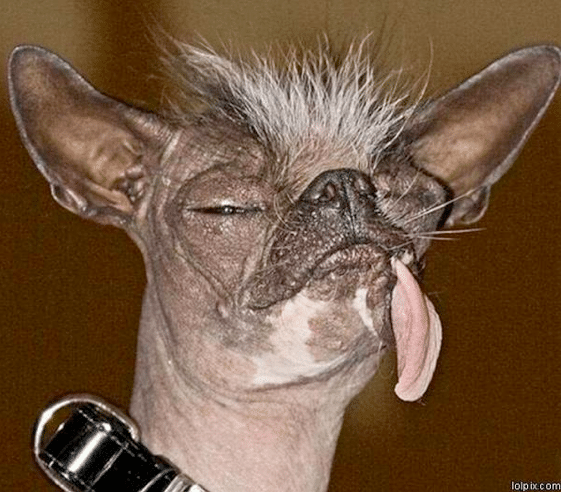 What would you do if you came across this pooch in a dark alleyway one night? You really, really don’t want to get on his bad side. This tongue looks as though it would slobber all over before you could scream, “Look, a really ugly mutt with a big tongue hanging out”.

Only a mother could love this little fellow. If we’re being honest, most mothers would probably take a step backwards when they see those bulging eyes and weird teeth as well. This is one seriously ugly dog and if you could keep him far away from me then  I would be extremely grateful. 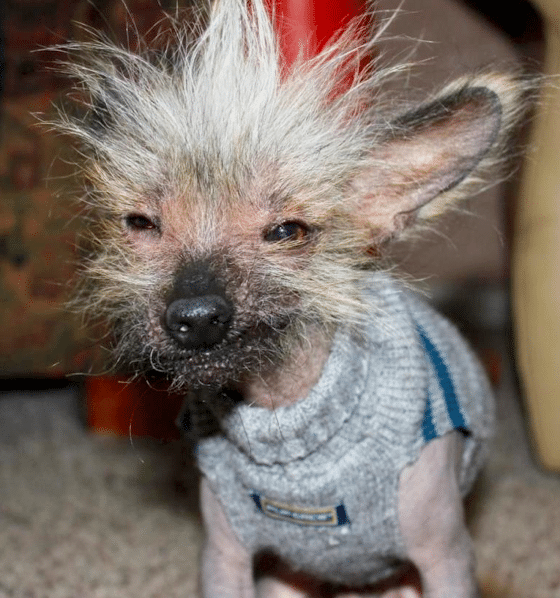 This is probably one of the first dogs on our list to fall into the He’s so god darned ugly he’s bordering on cute category. Let’s not mince our words here; this is one horrendously ugly mutt. However. The little sweater he has on and the way his face is scrunched up kind of warms our hearts just a little. 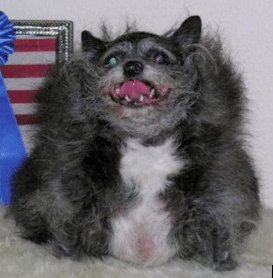 I haven’t done too well with the idea of embracing ugly dogs up to now, have I? Well, this is one seriously messed up canine I can imagine living with. You see, he looks a bit like my little dog. After he has been through the ugly machine and had all his hair and face messed up, obviously.