Incredible Images of People and Snakes 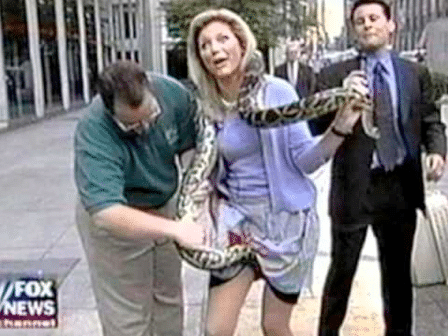 You’ve got to love snakes, haven´t you? Unless you hate them. In which case you´ve got to hate the slimy critters.

Whether you love them or hate them, you will enjoy seeing these incredible images of people and snakes.

The Guy Who Puts Snakes Through His Nose 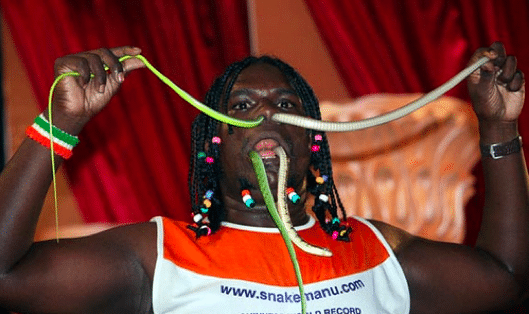 This chap is called Snake Manu and as far as I can see he has only one talent to show the world. To be fair, it is a pretty impressive one. You see, he put snakes through his nasal cavities and mouth. Apparently he uses yoga techniques to get in the right frame of mind for letting some snakes into his nose. It´s probably easier than it looks, anyway. 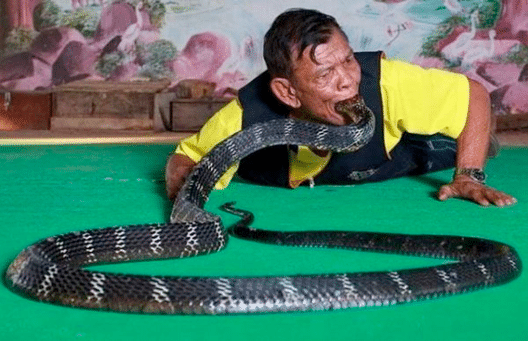 There was a documentary recently about a snake swallowing a man alive, wasn´t there? Well, it probably would have been better if it had focussed on this chap instead. He seems to be enjoying a bite of a snake, although there is every chance that he is just giving it an enthusiastic kiss or some mouth to mouth resuscitation.

Just Another Guy with Snakes in His Mouth 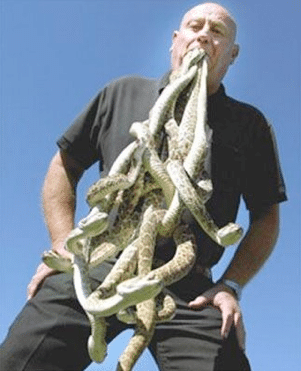 It seems as though there are more people out there who like putting serpents in their mouths than I had initially imagined. Maybe it is the kind of hobby I should look to get involved in as well. It sures looks like a lot of fun, although personally I prefer the idea of sticking one through my nasal cavity if at all possible. 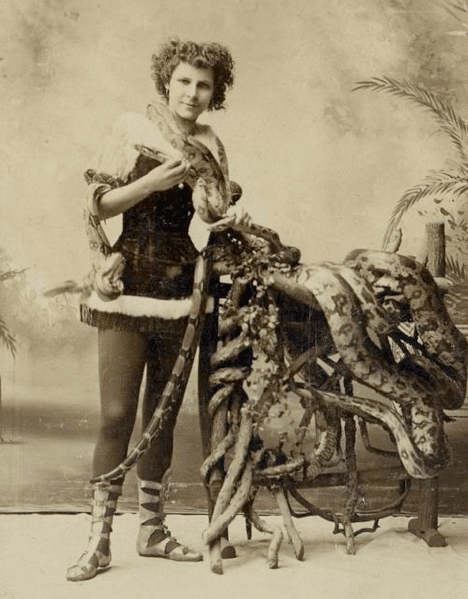 Being a snake charmer in an old-timey circus sounds like just about the most exotic job ever. This lady certainly looks the part and seems to have those snakes nicely charmed and under control. 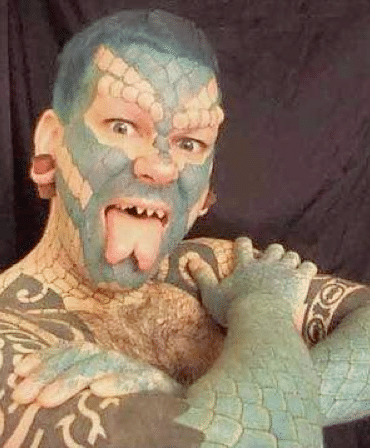 This charming man loves snakes so much he decided to turn himself into one. Technically speaking this guy is called Lizard Man but he probably has a cousin or an uncle who is a full blooded snake. The forked tongue is a great move, although I can´t help but wonder if it makes it really difficult to eat spaghetti.

What the heck is going on here? To my untrained eye it would appear that the snake in the photo has decided to investigate the nether regions of a TV reporter. She does seem rather thrilled about it, which makes me think that it is the kind of pastime that could catch on. 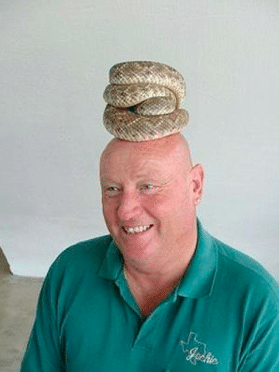 After some of the previous images this one is pretty normally looking. After all, it´s just a bald guy with a snake coiled up on his shiny head. I can´t endorse the idea of using this sort of thing as a permanent wig but as a way of keeping your napper warm in the winter months it isn´t a bad idea.

The Old Snake and Sword Trick 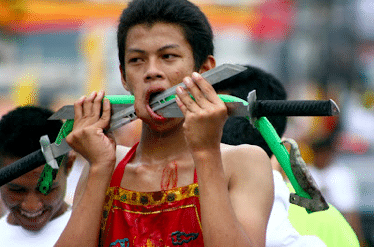 Ah, it´s the old snake and sword trick that we´ve all tried at least once after a few drinks too many. To start with you just need to look out those swords you leave around waiting for such an occasion. Then it´s time to take the pet snake out of his little bed and stick him through your face.  It is sure to liven up any party or even just an evening at home alone.