Hungover? Have a jelly bean. 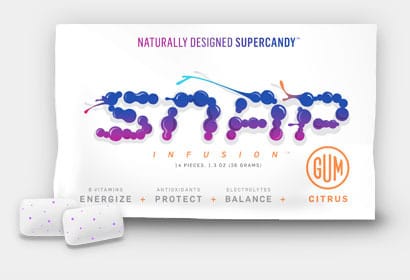 Products that Promise But Don’t Deliver

Hair in a can, the Flowbee and ExtenZe.  How do they all fit together?  I’ll save you a bit of head scratching:  They’re products that offer incredible results, but generally fall flat on their faces in the delivery department… not that I’ve ever tried any of them.  Ever.  Ahem, moving right along.

As men with disposable income, we’re subjected to a near constant barrage of crap that will do anything from grow muscles, grow a “muscle” or cure us of some menial chore that only seems to be difficult for actors on infomercials.  Generally, it’s pretty easy to weed out the chaff and move on with our day.  However, what happens when you come across something that is cause for a bit more attention?  Something like one of the candies from a company called Snap Infusion?

Let’s say you were out one night until an irresponsible hour (I know, such a thing would never happen), and let’s say that during your nocturnal sojourn you imbibed more than your fair share of scotch.  The following morning when you wake up to go help rebuild the orphanage and rescue kittens from trees you may be suffering from a hangover.  Standard cure?  Pop two aspirin, pound back some coffee, take a shower and get yourself some bacon and eggs.  Maybe a hash-brown if you’re feeling frisky.  Some prefer a certain sport beverage hocked by their athletic idols, but really… you’re a grown man of refined taste, surely you can do better.  Which is when you reach for the jelly beans you keep on the nightstand.

Snap Infusion is selling itself as a bit of a candy-miracle-cure-all.  Here are a few quotes from the product’s website, and no, I’m not making these up:

“You could climb an entire mountain while chewing our Gum and have enough energy left to blow a celebratory bubble at the summit.”

“…its true calling is to help you run, jump, play, shoot and shred with an advanced degree of awesome.”

Personally, I’ve only got a B.A. in Awesome and could use the more advanced degree.  Are these the words of a modern day snake-oil saleman?  Each of Snap Infusion’s candies use “super science to squeeze massive flavor into a small space”.  I have no idea what that means.  That said, here’s some of what they boast:  all-natural ingredients, no HFCS, B-vitamins, electrolytes and antioxidants.  I dig it and maybe this isn’t just a passing fad.  Instead of popping an actual handful of jelly beans or gnawing our way through some caramel we can have a “candy” that gives a little back.

I don’t think that chewing on a piece of gum is going to cure a hangover, but neither will the shower, the bacon and eggs (regardless of quantity) or massive cup of coffee.  Time cures hangover.  What Snap Infusion is offering is a little bit of a boost to help you along the way.  Certainly something to consider before your next night out.